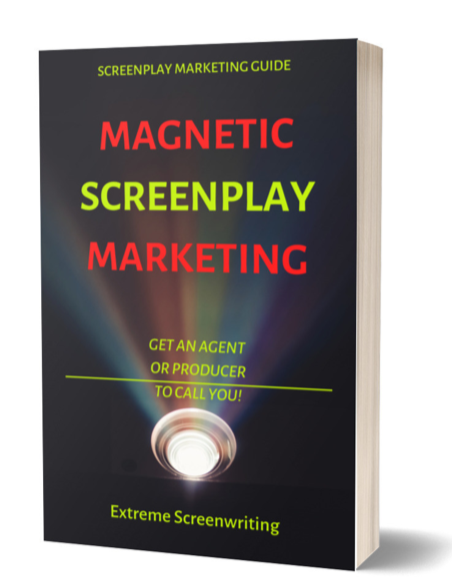 Creating the screenplay for a motion picture is the part writers love the most because it involves creativity. No matter how daunting the task, writers keep at it. The process intrigues them to the point that they live to write.

Screenwriters spend days, weeks, months or even years writing a screenplay, but when it’s time to market everything grinds to a halt. What now? Most aspiring screenwriters don’t know where to begin or have little or no experience marketing a screenplay.

Most screenwriters, especially those living outside of Los Angeles, use traditional marketing techniques, primarily the e-query. This is where the screenwriter crafts a pitch letter to an agent or producer in hopes of getting a read for the screenplay. Getting a screenplay read could lead the writer to gain signatory agent representation or to an option or sell of a feature length screenplay with a producer.

Therefore, getting a read is vital to marketing a screenplay. If the screenwriter can just write an ace screenplay and send a query, then why do so many fantastic screenplays go unread and never get made? Let’s take a look at a few reasons, then we’ll break through the clutter and discuss a new marketing technique:

First, the market is saturated. The average production company gets between 50-500 queries a day and most won’t consider material unless it’s referred to them by a known source, like a Hollywood agent, actor, director or someone they know and trust in the industry. This creates a pile of queries that end up in the email trash.

Secondly, aspiring writers are more likely to get struck by lightening before they’ll be able to get their screenplays to the right producer; the producer who would most likely make it, if he read it. Let’s face it, Hollywood is closed and even clever writers, who’ve tried Guerilla marketing tactics can’t break in.

So, what does the writer do? Most write another query and sends it out again and again. In fact, writers have been marketing via the query since the snail mail days, mostly with the same results. No sale.

What if I told you that there is a group of people that sell material to Hollywood on a regular basis and they’ve never written a query? Would you like to know their secret?

Who they are is not a secret. I’m sure you’ve heard of them, but screenwriters have never adopted their strategies for marketing. Why? I can only assume it’s because gurus, instructors, colleges, other screenwriters and even producers keep telling them to do the same thing; send a query. It’s all they know and the mindset is deeply embedded in their minds.

Someone once said that doing the same thing with failed results over and over again is by definition insane. It’s time to break through the madness, but it won’t be easy. Writers have a mindset that trains them to market to a producer and that certain ways of marketing are beyond their capabilities.

Screenwriters need to retrain their thought processes and market in a revolutionary new way. Ironically, this new marketing strategy could result in a producer picking up the phone and calling the writer! When is the last time you didn’t have to pursue a producer because he pursued you? If a producer has never called you, then it’s time to change the status quo.

As the owner/founder of Extreme Screenwriting, a Los Angeles based coverage service, I work with dozens of production companies on a daily basis and I’ve watched extraordinary screenplays and exceptional writers get passed over for projects with hype behind them. When I’ve suggested writers build hype for their screenplays, they have no idea what I’m talking about, don’t know how to do it or don’t think it’s possible.

Think about it. Why would a producer buy a book without an adapted screenplay? Why would he buy a book, period? After all, it doesn’t come in a format suitable for motion picture. He buys it because it comes with hype. Otherwise, known as interest or a built-in audience that is already hooked on the concept. Yes, there is a simple, easy and free way to build hype for any market-ready screenplay.

I tried to explain the process for writers, but with no luck. I understand that learning something radically new can be a challenge. I guess you have to ask yourself if you prefer to continue to send out queries with little or no results or if you’re ready to finally get the attention you deserve and have worked so hard to obtain for your screenplay(s)?

With that said, I’ve created a marketing strategy I call Magnetic Screenplay Marketing because the screenwriters I used to beta test the strategy had agents and/or producers CALL THEM and over half the group went on to gain representation, obtain options, TV pilot and/or screenplay sales and all had a significant jump in the number of read requests, often 30 or more a day!

While I can’t guarantee a sale, I can guide you on a path to getting more reads from the ‘right’ producers and possibly even get them to call you! The eBook Magnetic Screenplay Marketing is 116-pages with step-by-step details as follows:

There is also bonus material because writers want to write now and need Screenwriting jobs they can do online. And with the Hollywood Creative Directory out of business, it’s next to impossible to find contact information for agents and producers. I’ll show you where and how to use it most effectively and finally, I’ll even teach you how to make money from a screenplay BEFORE it sells!

Okay, I admit that I got tired of trying to explain this process to writers, so after the successful beta testing, I wrote the eBook. Do more than study it. Put it to use and if you have an ace screenplay, I believe you’ll get the attention you deserve!